I absolutely love Spanish ham croquetas. In fact, I don’t know anyone who doesn’t. Unless of course, you are a vegetarian, in which case I’m pretty sure you might still love mushroom croquetas. Or spinach and pine nuts croquetas. Or even carrot croquetas…

Croquetas are one of the crown jewels of Spanish cuisine and somehow a national symbol of our tapas culture. They are so ubiquitous all over Spain that wherever you go, you will always find a restaurant or a tapas bar serving them.

Yet like it happens with paella, its ubiquity is not a synonym of guaranteed quality and way too often we come across appallingly poor examples of what a perfect croqueta should be. In fact, if you are a regular visitor of Spanish tapas bars, you know what I am talking about because you are probably bored of suffering croquetas which are either too oily, too salted, too hard, too sticky or too soggy.

For me the best ham croquetas are smooth and creamy on the inside, with a very thin and crispy layer on the outside, just thick enough to hold the bechamel. Of course they must contain a generous amount of good iberico ham and have a delicate texture.

Some say that the best croquetas in the world are made by Marisa Sánchez and her son, Michelin-starred chef Francis Paniego. People all over Spain pilgrimage to their Echaurren restaurant in La Rioja to try these delicatessen. Even the legendary food critic José Carlos Capel, once described them as croquetas “on the brink of a disaster”, referring to the apparent fragility of the crispy layer that sometimes cracks, struggling to contain the creamy bechamel.

Today we are not going to show you Marisa’s recipe though. Instead we are going to make some delicious ham croquetas following a recipe by Martín Berasategui, a Basque chef who holds more Michelin-stars across his restaurants than anybody else in Spain… A staggering seven Michelin-stars!!

This recipe might take a bit longer than usual and a bit more effort too. But trust me, the result is well worth the effort. One thing I can guarantee you… as long as you follow the recipe to the detail, you will get some of the best ham croquetas, if not the best ones, that you have ever tasted. Good luck and enjoy! 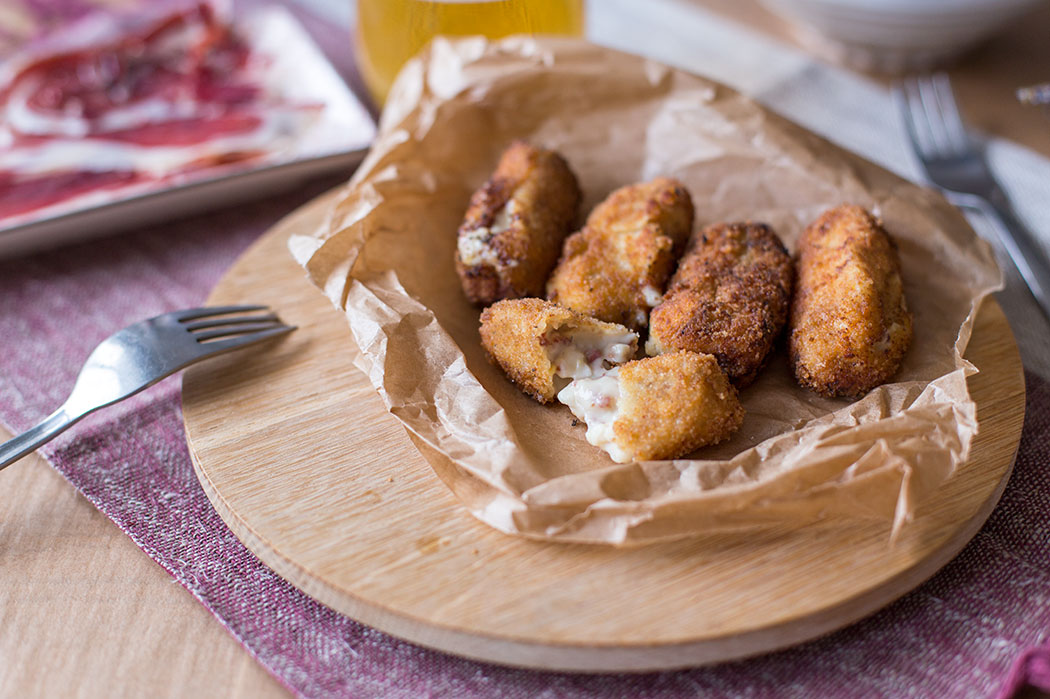 If you don’t want to fry them straight away, put the croquetas in the fridge and take them out an hour before frying them so the centre is not too cold.

You can also freeze them before frying them. Whenever you want to serve the croquetas, just take them out of the freezer and leave them to defrost in the fridge. Fry once defrosted.

Let’s get things straight from the beginning… ‘Cojonudo’ is a Spanish word that comes from the term ‘cojones’ (bollocks, testicles). It literally refers to…