I still remember that sensational feeling of being a kid and dipping my churros in that damn good cup of Spanish hot chocolate.

When I was a kid, my dad worked as a teacher in an accountancy school. For the first three years of my life, both my parents and I lived in a small apartment just above that school. Next door, there was a cafeteria called Selenia. It was the sort of local place where all the neighbours would pop down in the morning to say hello and grab a quick cortado before going to work. Everybody knew each other. It was wonderful.

Then a couple of hours would pass and the place would get packed again with probably the exact same people, this time going for their mid morning coffee and perhaps a little tapa too. By the afternoon, the customer base would change dramatically and small groups of elder friends would take over the neighbouring workers. They’d gather here to catch up with the gossip, play cards and enjoy a delicious cup of hot chocolate with churros whilst waiting for their grandchildren to finish their school for the day.

Although my grandpas weren’t exactly locals, they used to pop in Selenia every now and again, sometimes to visit my parents, sometimes to simply babysit me. We would then pick a table and order a cup of chocolate. I remember it very well. It was as close to heaven as you could reach with your arms down.

Of course, I don’t keep Selenia’s recipe for their fantastic Spanish hot chocolate. But it doesn’t really matter because the fact is that everybody in Spain makes their own hot chocolate in a different way. Some like it dark, some buttery… some add a pinch of salt or a bit of chile, some even add a few drops of their favourite liqueur… After all, I’d say the term ‘Spanish hot chocolate’ refers less to a specific recipe and more to the technique of preparing what it should invariably be a cup of smooth, thick and unctuous chocolate.

Personally, I like my Spanish hot chocolate with a pinch of cinnamon to enhance the aroma and with some of the dark chocolate replaced with white chocolate. I find the result gets equally as shiny as adding butter but without the fatty aftertaste. Plus it balances out really well the bitterness from the dark bits.

This is my own recipe. It’s not any better or worse than any other. But I think you’ll love it as it is. However, should you feel adventurous, then feel free to do your own interpretation of course! As I said above… “Everybody likes their Spanish hot chocolate in their own different way”. 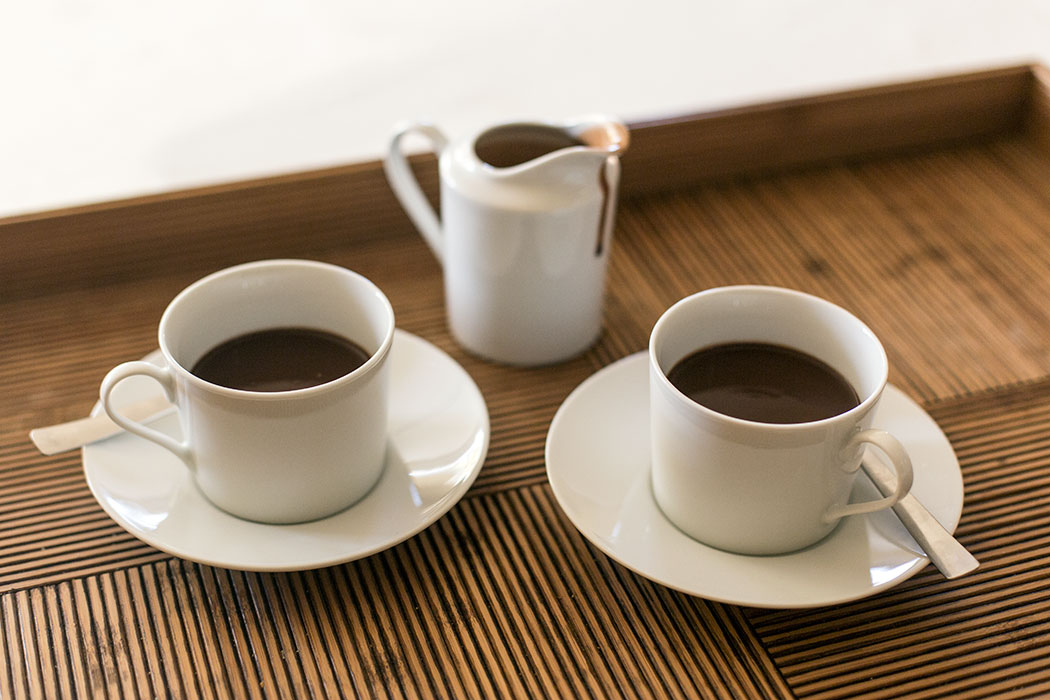 Stroll around Burgos’ old quarter during the weekends and you’ll immerse yourself into a swarm of locals gathering to eat some of the best tapas in town.