Instead of the more American Halloween, Spain has always celebrated the All Saints Day, a Catholic-inspired festivity that comes with its very own sweets, some of which are one of my favourite sweets ever… the panellets!

All Saints Day is quickly approaching and in traditional Eastern Spain that means eating buñuelos, roast chestnuts and the very delicious panellets. These marzipan-based sweets are very popular in Catalonia, Valencia and the Balearic Islands, where you can find them in literally every single local bakery and/or patisserie during the week preceding this popular early November festivity.

Despite the presence of sweet potato as one of our recipe ingredients, it is important to notice that the original recipe is made with almond, sugar, egg and pine nuts only… or what it is the same, just traditional marzipan. The addition of either sweet potato or even regular potatoes is a much more recent contribution and it is likely to be an attempt to cut down on the cost of ingredients, specially considering the elevated price of almonds.

Whatever the reason for this, I actually prefer the panellets that contain some sweet potato. Why? Because in my humble opinion, the result is a smoother texture and a much more moisturized marzipan. But of course, if you don’t agree with me or you simply would like to go for the most traditional recipe, just ignore the sweet potato and don’t add it to the rest of the ingredients. That easy! 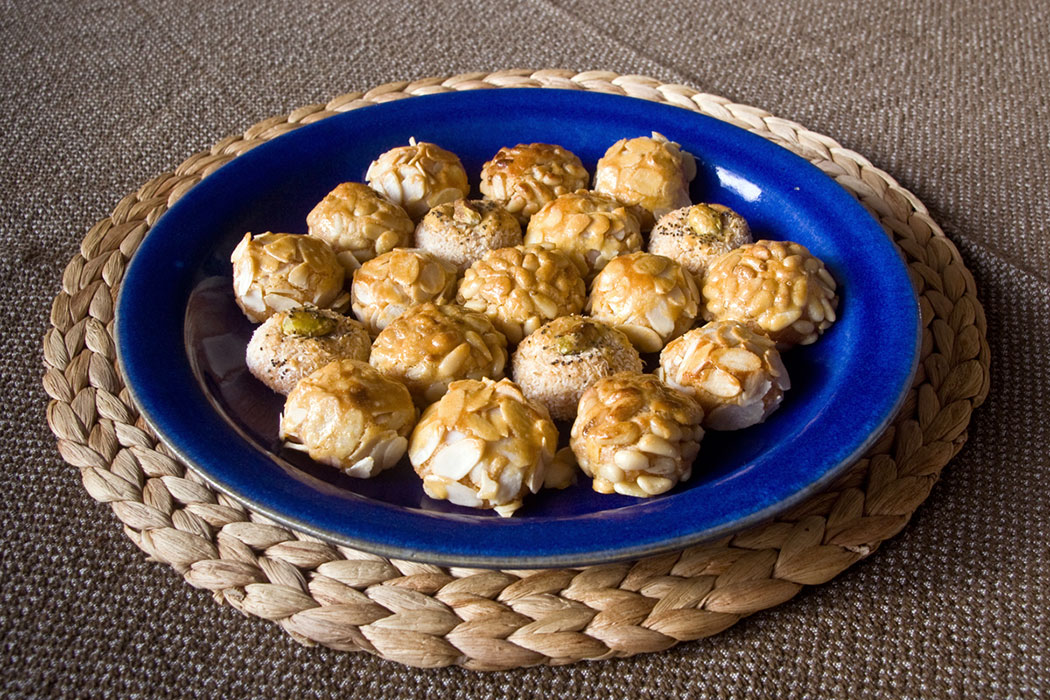 Let them cool down before you eat them. If you are patient enough, they are actually better the day after.

Once the marzipan balls are done, you don’t need to always roll them over pine nuts. You can also cover them in flaked almonds, ground coconut or even cocoa. Whatever you come up with really!

I never get tired of this recipe. Perhaps because this is comfort food at its best. An earthy, filling, warm and flavoursome veggie stew…