For the French, the Catalan version of their crème brûlée. For the Catalans, the real deal plus the true original recipe. For everyone else, a heavenly dessert that everyone seems to love.

There are many who claim the credit for the original creation of the Crema Catalana recipe, a dessert consisting of a rich custard base topped with a crunchy layer of burnt caramel. Of course I don’t really know who was the first person to make this recipe. But what I know is that one of the first ever Catalan recipe books —the ‘Sent Soví’ cookbook— already included this preparation back in 1324. And hey, if I’d been cooking a dessert for nearly seven centuries, I’d probably consider it my own, whatever others claim including the French, whose crème brûlée is only mentioned for the first time in a 17th century cookbook.

Whatever its origin though, the Crema Catalana is today a recognizable symbol of the Catalan cuisine and a dessert that is broadly consumed in Catalonia all year round. There is a day though when every Catalan family keeps the tradition of celebrating something very special with a good Crema Catalana. It happens every year on March the 19th for St. Joseph’s Day, which in Spain happens to be Father’s Day too.

Today the Crema Catalana has become so popular that its unique burnt caramel aftertaste is used in the making of cake stuffings, nougats, turrones, ice creams and even liqueurs. And whatever the variant it’s invariably heavenly!

A final anecdote before we start cooking. There is a tale telling the story of a bishop who planned on visiting a convent back in the days. The convent nuns thought of preparing a ‘flan’ —a Spanish sweet egg pudding— to greet the bishop. Unexpectedly the recipe went wrong and the flan only got the consistency of a thick custard. To mask the mistake, the nuns served the custard covered with a layer of burnt caramel on top. The bishop tried it when the caramel was still very hot and he screamed “crema!”, which is Catalan for “it burns!”. That is how allegedly the Crema Catalana got his name. 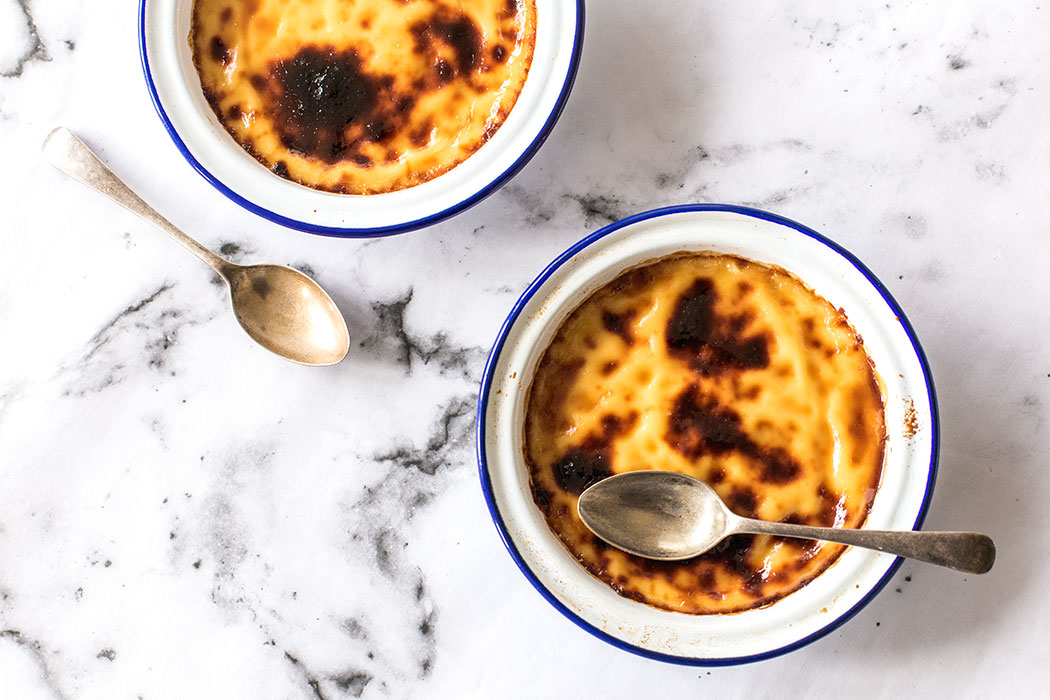 My grandpa was born in Cambrils in 1905, when the place was still a tiny fishing town. Back then, most villagers would hardly make a living either as fishermen or farmers. A time when nobody from outside the village seemed to have noticed yet about this little paradise.