The cocido maragato is one of the most traditional of all the Castilian cocidos. We meet chef Pedro Castillo, from Casa Coscolo, to learn why this stew is not only delicious but totally unique from the rest.

We often say that one of the best tokens about writing a blog is the many lovely and interesting people that we have the opportunity to meet along the way. Although in truth most contacts are often limited to a brief exchange of information, there are occasions when the people you meet whilst researching for an article or a recipe, become good and durable friends.

I met Pedro Castillo at the Basque Culinary Center in San Sebastián, during the course of a 5-weeks-long professional cooking training that I took on earlier this year. An amazing personal experience that helped me acquire some valuable skills and forge some true friendships, including Pedro’s. 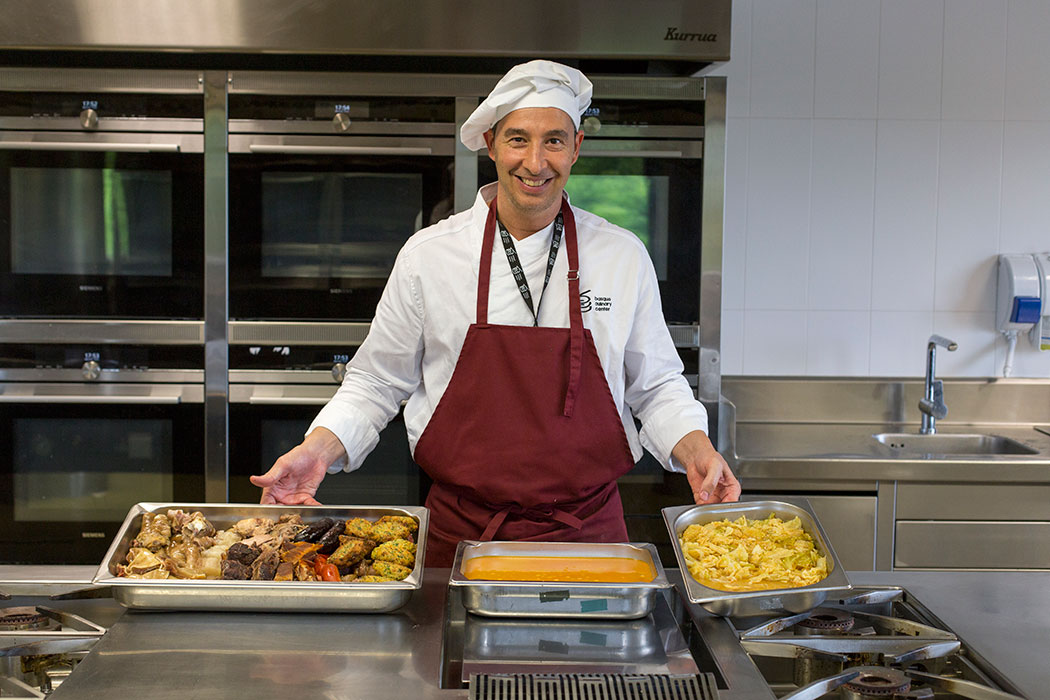 Pedro –in the kitchen– and his wife Eva –in the dining room– are the heart and brain of Casa Coscolo, a traditional restaurant located in the charming medieval village of Castrillo de los Polvozares, part of the Maragatería region in the Castilian province of León.

For the last 17 years and from their home at Casa Coscolo, Pedro and Eva have devoted their lives to the same honourable objective: to serve the best ‘cocido maragato’ in the entire Maragatería region. Wow yeah! Sounds good but… What is a cocido maragato? 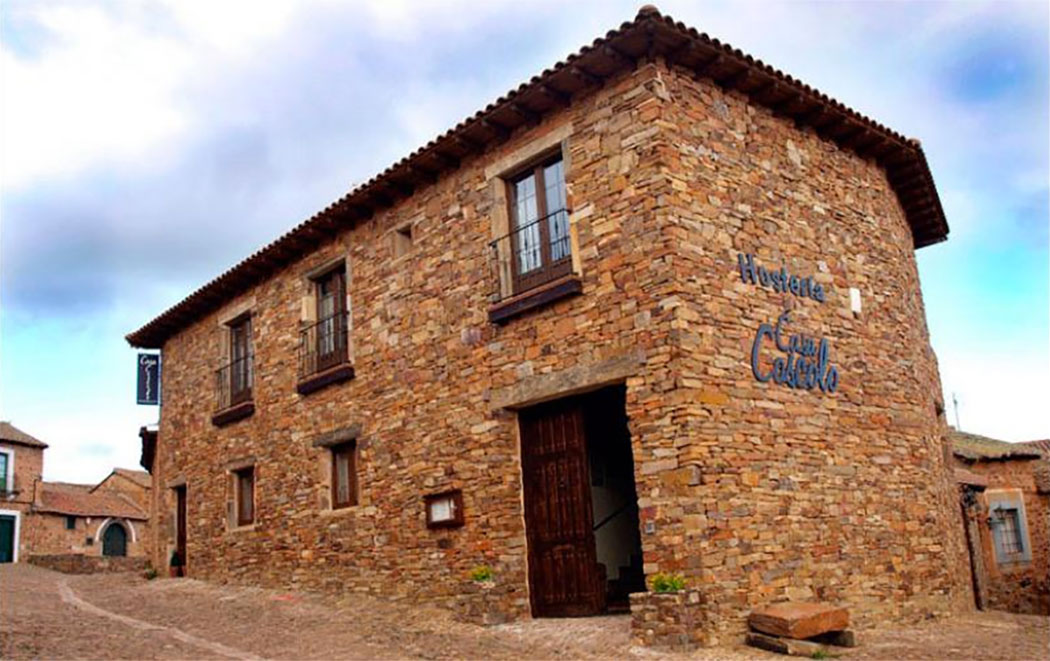 “In a region where the ‘cocidos’ are nearly a religion, the cocido maragato stands as one of the richest and most traditional Castilian stews” – says Pedro. “Generally, Castilian cocidos are made of meat and chickpeas, which are cooked in a rich stock which is then served as a soup. First you eat the soup, then chickpeas and finally you end with the meat. However, this is not the case with the cocido maragato. The particularity that makes this cocido unique from the rest is not in the cooking as much as it is in the way we eat it. In the cocido maragato, you start by eating the meat, followed by the chickpeas and finalized by the soup.”

“In a region where the ‘cocidos’ are nearly a religion, the cocido maragato stands as one of the richest and most traditional Castilian stews”

“It might not make sense to you that people around here would start their meals with the ‘main course’ to then move onto the ‘starters’. But like most things, there is a good reason for everything” – explains Pedro. “Much of the male population around the Maragatería region were ‘arrieros’ or people who used pack animals to transport goods from one place to the other. A type of special delivery service of the time if you want it”. “The arrieros used to carry their ingredients around in wooden containers that they would use to make a sort of one-pot meal… a cocido”. “Because the winter is freezing around this region, and in order to avoid the best bite –the meat– to go cold whilst eating the soup and then the chickpeas, the arrieros started to eat the meat first, then the chickpeas and finally the soup, which it would still remain warm by the end of the meal. That’s how the arrieros started the tradition of eating the cocido maragato, which was then transferred through generations until our current days”.

“To beat the cold winters, the arrieros learnt to eat the meat first, so it wouldn’t go cold.”

“Of course there is always another version, way more epic although possibly not as truthful, that talks about something very different” –continues Pedro. “When the Napoleon army lost Austria in 1810, he focused his efforts in conquering both Spain and Portugal. He ordered General Loison to conquer Astorga, for which he deployed 10,000 soldiers who settled their military camp in Castrillo de los Polvazares. Once they identified the weakest point in the defensive walls, the French started to dig their trenches. The Spanish troops, far worse equipped but more knowledgeable about the area, kept attacking those trenches during the time of the day when the French would offer least opposition, the lunch time. Such was the persistency of the Spanish attacks at lunch time, that the French soldiers learnt to start their meals from the richest bites to the lesser ones. That is why they would eat the meat first. And if they were lucky, then they could finish off with the chickpeas and the soup”.

Thanks Pedro. We hope you guys enjoy this unique recipe. Yes, it takes time and effort. Yes, it requires a long list of ingredients, some of which you might find difficult to source. But hey… this is special. So if you endure the difficulties, you’ll be lucky enough to enjoy a recipe like-no-other that you will keep in your taste memory till the end of your days. Good luck!

To serve the cocido maragato start by plating the meats and the dumplings in one dish. You can also serve some fresh salad leaves as a side. Then plate the chickpeas and the cabbage in a different dish. Although it is completely optional, a good suggestion is to top it with some guindillas or Spanish pickled green chillies. Finally serve the soup in a bowl.

The proper way to eat a cocido maragato is to start by eating the meat with the dumplings, then the chickpeas with the cabbage and finally finish with the soup.

After finishing the cocido and if you still have any space left for a dessert, the tradition is to conclude the meal with ‘natillas’ –a custard-based dessert which is an old favourite of us–  and a ‘mantecada’ from Astorga, a lard-based muffin with enough calories to challenge the ‘cocido’!

In this recipe we use the exquisite Calanda peaches to offer you our updated take on a delicious Spanish classic dessert: melocotones con vino….