There are many rice pudding recipes. But none as beautiful and delicious as this ‘arroz con leche’. Don’t you believe us? Carry on reading and let us convince you

Rice pudding — or arroz con leche as it is known in Spain — is not an exclusive recipe from the Spanish cuisine. In fact, this is one of the most spread desserts not only around Europe but also in Latin America, Asia — you must try the Malaysian version of this dish! — and generally all around the world. So what is so special about the Spanish rice pudding? Perhaps nothing. Or perhaps lots. I’ll leave that verdict up to your personal judgement once you try our recipe.

The arroz con leche is well popular in every single region of Spain. Perhaps because in its simplest version is dead easy to make and yet to achieve a more than decent result. But we are not here to aim for just mediocrity. We are here to make THE BEST rice pudding ever! And the best rice pudding ever in my opinion is made in Casa Marcial, a two Michelin-star restaurant in Asturias, where rice puddings are a matter of national pride together with the succulent fabadas and the deliciously cloudy apple ciders amongst other local specialities.

Why is this arroz con leche so special? Nacho Manzano, executive chef and co-owner of Casa Marcial claims that it is all about caring for the little details plus of course, the usual dose of love when cooking it…

Being one of the two main ingredients, the choice of the milk is essential. It must be whole milk of the highest quality you can afford and as fresh as you can get it.

Nacho Manzano uses two ingredients to infuse the milk: lemon zest and cinnamon. In Asturias is also common to add annise, although Nacho’s recipe does not include it.

But there is another secret too. This recipe treats the rice as you would a risotto. So instead of adding the rice to a pot containing all the milk to let it cook, we do it the other way around… we add a bit of milk to the rice and when the rice absorbs almost all the liquid we add some more milk. And so on until all the milk gets consumed and we obtain a creamy, smooth and silky light custard-like texture which is to die for.

Patience. That is our secret weapon. Why? Because to make this recipe you will need to stir continuously for almost three hours. Unless of course, you have a Thermomix or another high-end cooking robot that you can program to stir for as long as you need.

Crazy? We don’t think so as the result really pays off. This one will be the best rice pudding you have ever tried without a doubt. That is how confident we are about this incredible recipe! Go and try out by yourself! 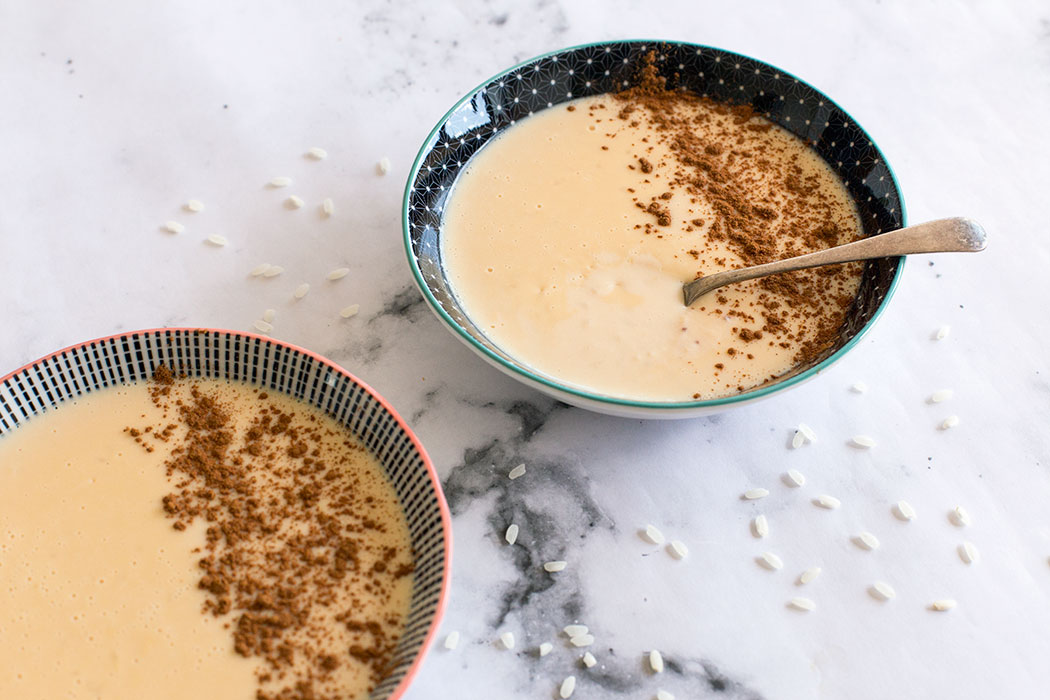 Use the best and freshest whole milk you can use, do not wash the rice before cooking it and do some shoulder stretches to warm up for the long session of continuous stirring.

Basque people love these piquillo peppers stuffed with bacalao brandade. And we all know Basque people know a hell of a lot about food….