The ajoblanco can be considered one of the original cold soups that are so traditional in the southern Spanish region of Andalusia. Less famous than the gazpachos or salmorejos, the ajoblanco is refreshing and full of flavour.

Imagine yourself for a second having to work in the Southern Spanish fields, sunrise to sunset, under a suffocating temperature of 40ºC, sometimes more. Sounds tough, doesn’t it? However that is precisely what Andalusian farmers have done for thousands of years. And in order to feed themselves whilst avoiding dehydration under such high temperatures, nothing better than a cold soup! Nothing better than a good ajoblanco!

The ajoblanco is one of those traditional dishes that belongs to the well-rooted tradition of Andalusian cold soups. Perhaps others such as the gazpacho or the salmorejo are better known these days, although it is the ajoblanco that came first, dating back from a time when tomatoes had not arrived yet from South America.

This peasant recipe is generally made of bread, water, oil, vinegar, garlic and almonds, although there are records of poor areas where the almonds were replaced by dry broad beans flour. Its origin can be traced back to some popular Roman soups made of vinegar, oil and bread, all in equal parts. But it was the Arab cuisine with its huge use of almonds that definitely influenced this recipe to take it into what we know today as ajoblanco.

So go ahead and get yourself this super easy and quick-to-prepare ajoblanco. Put it in the fridge and serve it super cold and together with some moscatel grapes and/or some bits of melon. It might be the first one but I promise you it won’t be the last one! 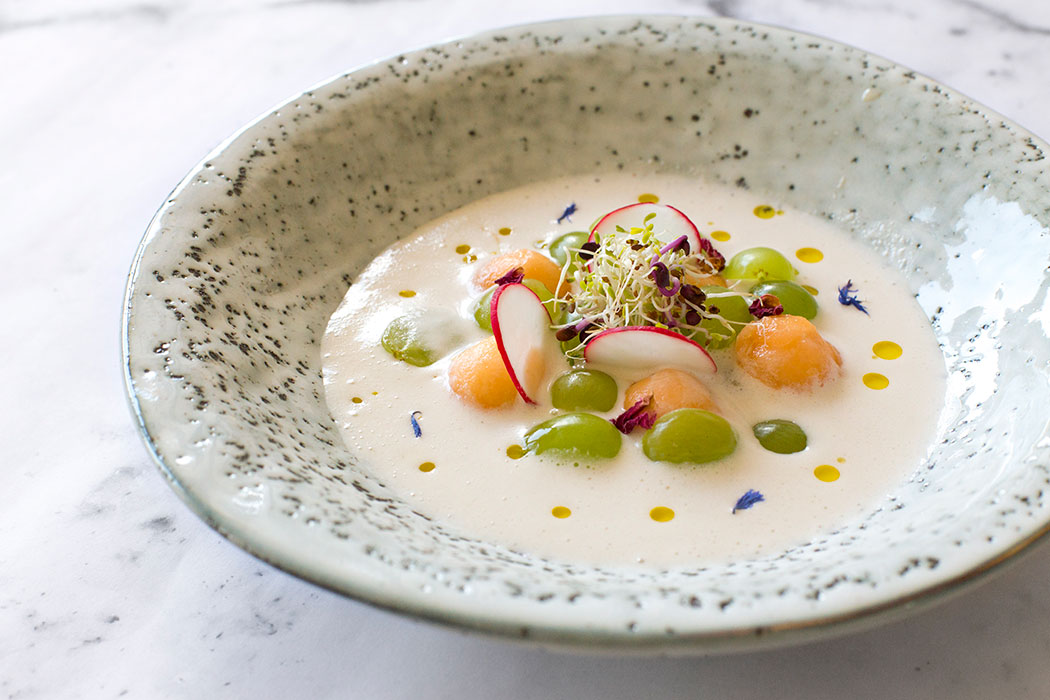 Ajoblanco
Preparation time: 15 minutes
Cooking time: 5 minutes
Passive time: 2 to 24 hours (depending on how patient you want to be!)
Difficulty: Easy

Few recipes are so delicious and take so little time and effort. This marinated pork fillet with piquillo peppers is your fast-tracked ticket to…