We’ve all heard about cultural stereotypes at some point. Apparently Spain is all about flamenco, siesta, fiesta, paella, sangría, unfortunately bullfighting… and of course chorizo!

When I first came to live in the UK I was astonished by how much the British love Spanish chorizo. If you’ve ever walked down Stoney St. in Borough Market on a Saturday morning, then you know what I’m talking about. A 30 minutes –sometimes longer– queue of people patiently waiting for the beautiful chorizo sandwich sold by the lovely people at the Brindisa stall. I must admit that the first time I saw it I didn’t quite understand the rocket bit of the sandwich… That would never ever happen in Spain! But hey… one has to be open minded about all things in life and the true fact is that their chorizo sandwich tastes excellent.

According to the local cooking magazines in the UK, Spanish chorizo seems to belong to that exclusive list of ingredients that goes with absolutely everything. And apparently they are right, because for the last 15 years I’ve been living in London I have seen all kinds of so called ‘Spanish recipes’ which their only remembrance to Spain was the presence of this sausage. During this time, I have witnessed some serious acts of what many Spaniards would define as ‘culinary terrorism’, such as the quite ubiquitous chorizo and chicken paella or the greasy tomato and chorizo salad from the ever talented Jamie Oliver, probably one of the worst –and certainly one of the unhealthiest– interpretations of Andalusian cuisine that I’ve ever had the pleasure to see.

I guess what all this proves after all is how good the chorizo tastes in most instances. Having a bad day? Add a pimenton-powered sausage to your life and as it happens with bacon –or chocolate for the sweet tooth ones– things will turn to better.

So… what is Spanish chorizo and what is so good about it? Stay tuned. We have prepared a very quick guide so you can fulfill one of your childhood dreams and become a chorizo expert in no time and with no effort! 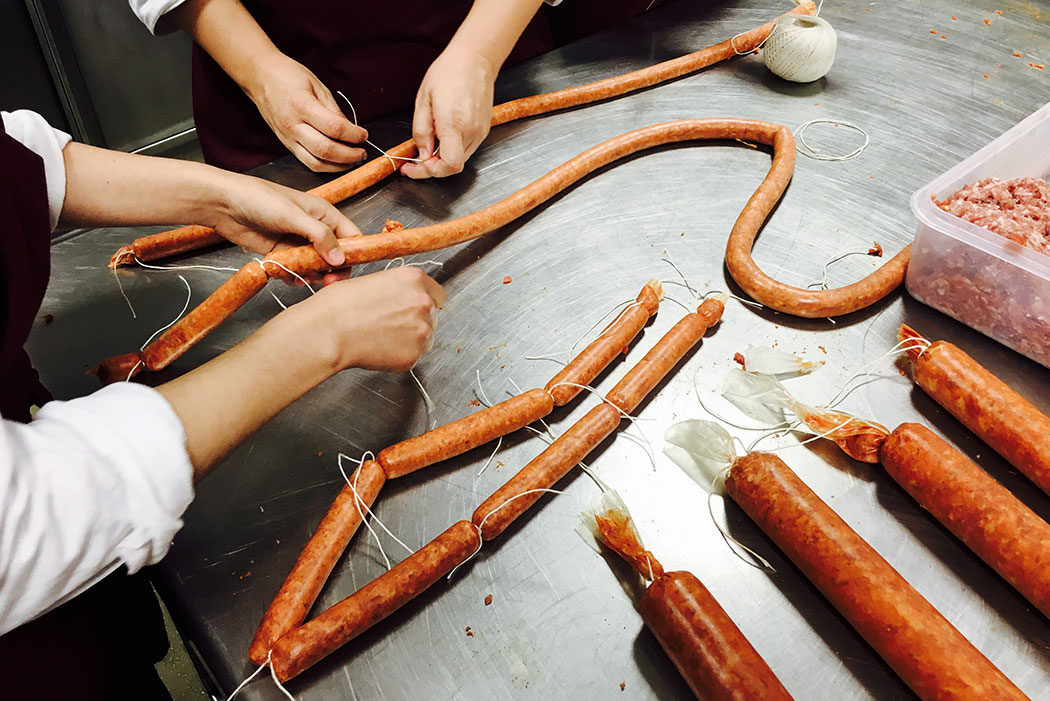 Spanish chorizo is a meat sausage made with a mixture of minced lean pork, pork fat and pimenton, encased in pork intestine and air-cured for a variable period of time, depending on the type of chorizo.

Pork meat and pimenton are the basic always-on ingredients.

WHY DOES CHORIZO HAVE SUCH A RED COLOUR?

Because of the Spanish pimenton, a unique variety of paprika which act as a vibrant natural colorant. 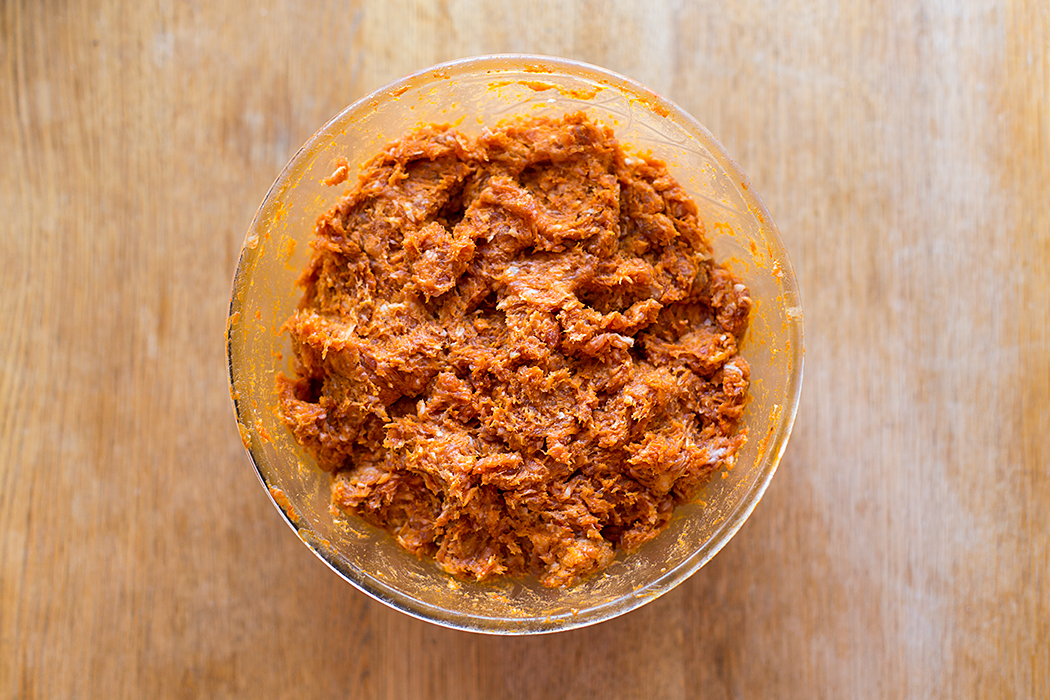 A fair amount of Pimenton –Spanish paprika– is added to the rest of ingredients as a natural colorant and flavour enhancer.

DOES IT INCLUDE ANY OTHER INGREDIENTS?

Pork meat and pimenton (Spanish paprika) are the basic always-on ingredients. However other common ingredients include salt, garlic, white wine, herbs and spices.

It is also possible to find chorizos made with other types of meat such as venison, wild boar or even bull, although strictly speaking, the traditional chorizo has always been made with pork meat only.

ARE THERE DIFFERENT KINDS OF CHORIZO?

Yes, there are hundreds of regional varieties of Spanish chorizo, depending on the ingredients, the origin, the way it is prepared and the type and length of the curation.

To start with, chorizo can be either fresh or dry-cured, depending on the curation process. The fresh version is not air-cured at all. It looks more like a standard butchers’ sausage and it is used for cooking, either sliced or taken out of the case and then fried. The dry-cured version is hang for a period of time and air-cured until it becomes harder in texture. It is eaten sliced and it doesn’t need to be cooked.

There are hundreds of regional varieties of Spanish chorizo.

Chorizo can also be smoked or unsmoked, depending on the type of pimenton that has been used in the making and also the type of curation method that is applied.

Finally, chorizo can have different levels of spiciness, depending on whether the pimenton used in the making was hot or sweet. In some regions such as León, the chorizo is usually quite hot, whilst in other Spanish regions they prefer using sweet pimenton instead.

SO… IS THERE ANY DIFFERENCE BETWEEN CHORIZO AND PEPPERONI?

Yes, there is. Pepperoni is an Italian-American dry-cured sausage generally made with a mixture of pork and beef, although sometimes other meats such as turkey or horse are also used in the making. Chorizo is made with pork meat only, and as we already mentioned, it can also be fresh.

The other element that differentiates Spanish chorizo from any other paprika-powered sausage is the use of Spanish pimenton, a type of paprika which is always smoked using oak or holm oak wood. This gives the pimenton a very characteristic smoky flavour which makes it unique and different from any other sausage or dry-cured meat.

I’M LOVING THIS… CAN YOU TEACH ME HOW TO MAKE CHORIZO?

Of course we can! We do actually have a great recipe to make fresh chorizo. And this is not just another recipe! It comes from my old auntie, who makes the very best homemade chorizo that I have ever tasted. And believe me… I’ve tasted lots of chorizos!

How to make chorizo 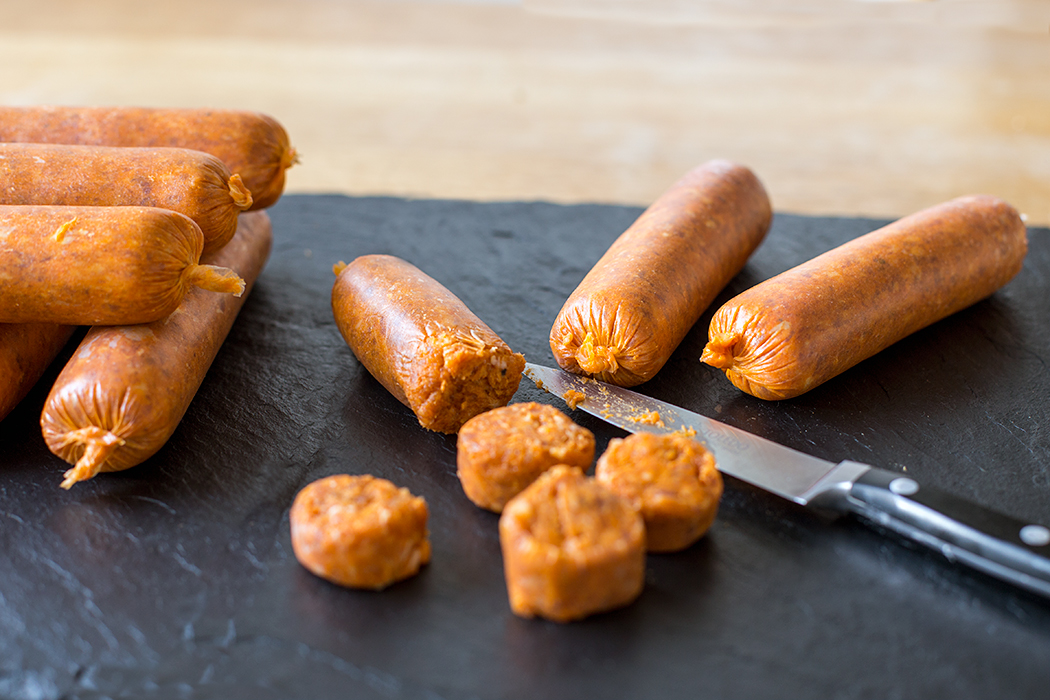 COULD YOU GIVE ME SOME IDEAS FOR RECIPES THAT USE CHORIZO?

Done deal. Here you’ve got some of our chorizo recipes:
Make chorizo with cider from Asturias
Make a cojonudo tapa from Burgos
Make lentils with chorizo 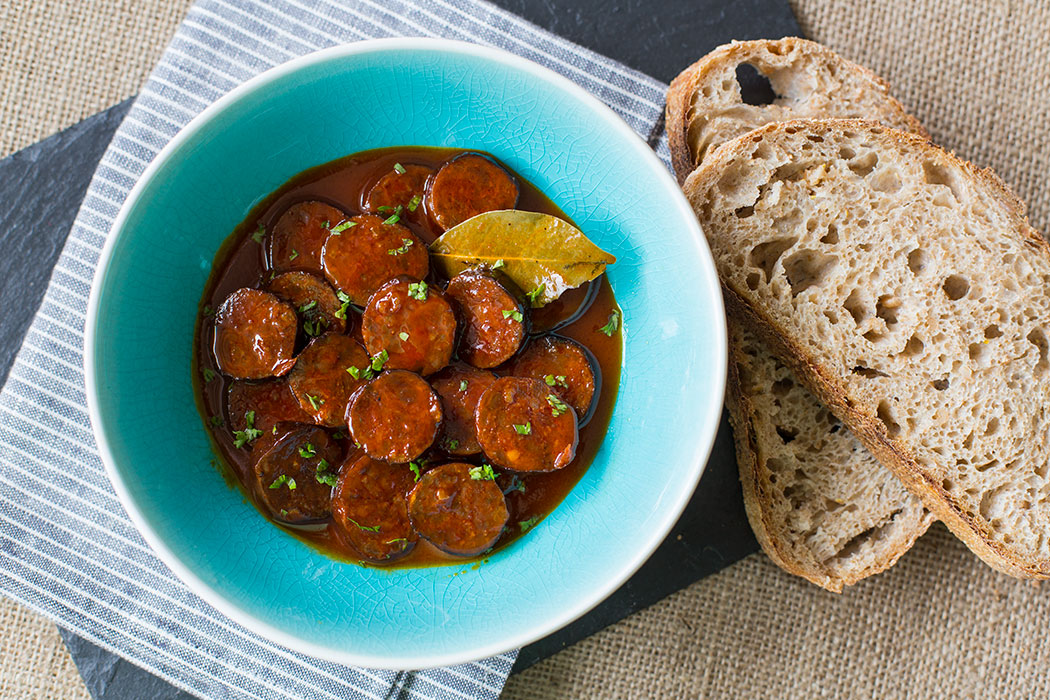 ‘Chorizo a la sidra’ (chorizo with cider) is a traditional dish from Asturias, in the north of Spain.

WHAT SHOULD I DRINK WHEN EATING CHORIZO?

Chorizo has an intense flavour and aroma. If you are eating it as part of a stew or simply on its own, a full-body red wine seems to be the right choice to pair it with. Try it next to a glass of Somontano, Ribera del Duero or Rioja wine.

If you are having a dry-cured chorizo sandwich, grab a cold beer and welcome yourself to heaven!

Spanish King Charles IV was hunting near Segovia when he started to feel hungry. Luckily for him, locally known chorizo-maker José Rico was passing by with a big load of his dry-meat sausages. When he offered the royal to taste his chorizos, the king loved them so much that decided to name him his own royal chorizo provider. José Rico’s chorizos became so extremely popular in palace that King Charles IV ended commissioning a portrait of José Rico and his chorizos to his principal royal painter Francisco Bayeu, who by the way was Goya’s brother-in-law.