I can’t think of many recipes that are as easy to make as this tomato bread. A recipe so simple that even someone with no cooking skills should be able to put it together in no time. But don’t let its simplicity make you undermine this excellent preparation. Just get yourself a decent piece of country bread, some good ripe tomatoes and a high quality extra virgin olive oil and I bet you’ll be turning this healthy recipe into a regular addition to your diet.

In one form or another, the combination of tomato, bread and olive oil has been present in most Mediterranean countries since this fruit made it all the way from America by the end of the 16th century and started to be introduced into the different southern European cuisines by the beginning of the 18th century. This ingredient came only to improve the already existing and much older pairing of bread and olive oil, which was already an appreciated combination during the ancient Greece soon before growing popular all around its neighbouring territories.

The Italian bruschetta, the Cretan meze dakos, the Maltese Ħobż biz-Zejt or the French Pan-bagnat are just some few examples of similar dishes that can be found all around the Mediterranean coast. But in my opinion, nobody has mastered this combination better than the communities of the eastern coast of Spain, specifically the Catalans, for who the ‘Pa amb tomàquet’ (tomato bread) is so important that it has become a broadly recognized symbol for their very own cultural identity.

The recipe as we know it today, seems to be an evolution of the Majorcan ‘Pa amb oli’ (literally ‘bread with oil’), and it’s typically served for breakfast or as a starter, on its own or as a base for other local ingredients such as butifarra, ham, chorizo, anchovies or escalivada.

The bread (traditionally ‘pa de pagès’ or ‘peasant bread’), garlic, tomato, salt and olive oil are all combined in that order to complete a recipe that has been perfected over the years to reach the formula that we all know these days.

How such a simple recipe can offer such a rich historical background is something fascinating to me. But after centuries of evolution, this difficult-to-improve combination still plays a central role in the gastronomy of most Spanish Mediterranean regions. A perfect example to remind us that sometimes the most simple things in life are the longest lasting and the most pleasurable ones. 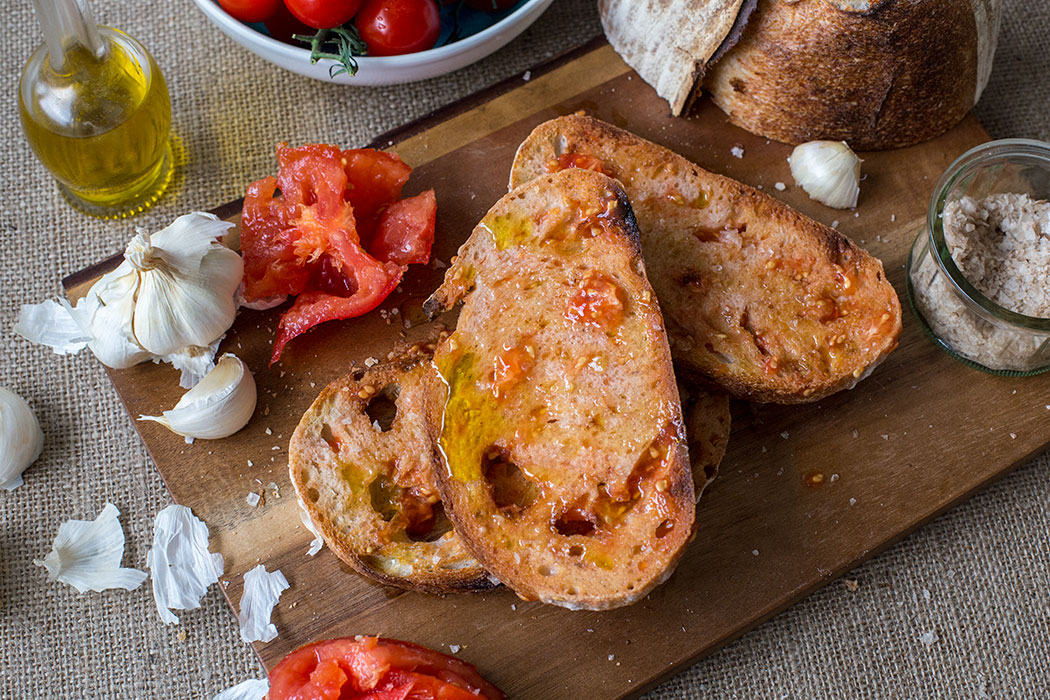 When the whether is this cold, nothing better than slow-cooked stews. This rich and beautiful pork and chorizo stew –inspired by Spanish chef and…