It’s Sunday noon in San Sebastián. The narrow streets of the old town are buzzing with friends and families who gather together to celebrate life while eating some pintxos.

The offer is vast and the variety overwhelming. Hundreds of bars compete next door to each other for the most crafted presentations and the best quality bite-size food.

But despite all this fierce competition, there is one very simple recipe that locals will stump upon wherever they go. It’s called the ‘Gilda’ and it is to Basque pintxos what garlic is to the French.

The ‘Gilda’ is a quintessentially Basque pintxo which was first created over 60 years ago in the Bar Casa Vallés, an old wine bar located in the Reyes Católicos street of San Sebastián.

The legend has it that founder Blas Vallés would serve small plates of pickles to their regular customers, who would come to his bar looking for a ‘porrón’ of wine, a traditional Spanish glass wine jar with a long spout for drinking from. Together with the wine, Blas would usually bring some olives, gherkins, guindillas (Spanish pickled green chillies) and occasionally even some salted anchovy fillets. A regular customer called Joaquín Aramburu, better known in the neighbourhood as Txepetxa, is said to have started skewing the guindilla, the olive and the anchovy with a cocktail stick. Apparently, customers loved it and Blas began to serve it in the bar.

The pintxo was named after Rita Hayworth’s character in the movie ‘Gilda’. The reason being that the pintxo was ‘verde, salado y picante’ (green, salty and spicy), which considering the secondary meaning of some of those words would translate as ‘little pervert, witty and spicy’. Pretty much like the character played by Rita Hayworth in that movie.

Today and for the last decades, the Gilda is the queen of what Spaniards call ‘banderillas’, a kind of hors d’oeuvre of pickles and olives skewered on a cocktail stick. Of course, being such a simple recipe, the quality of ingredients make a huge difference in here so if you decide to go for it, make sure you get the ingredients right!

Four reasons to prepare a Gilda 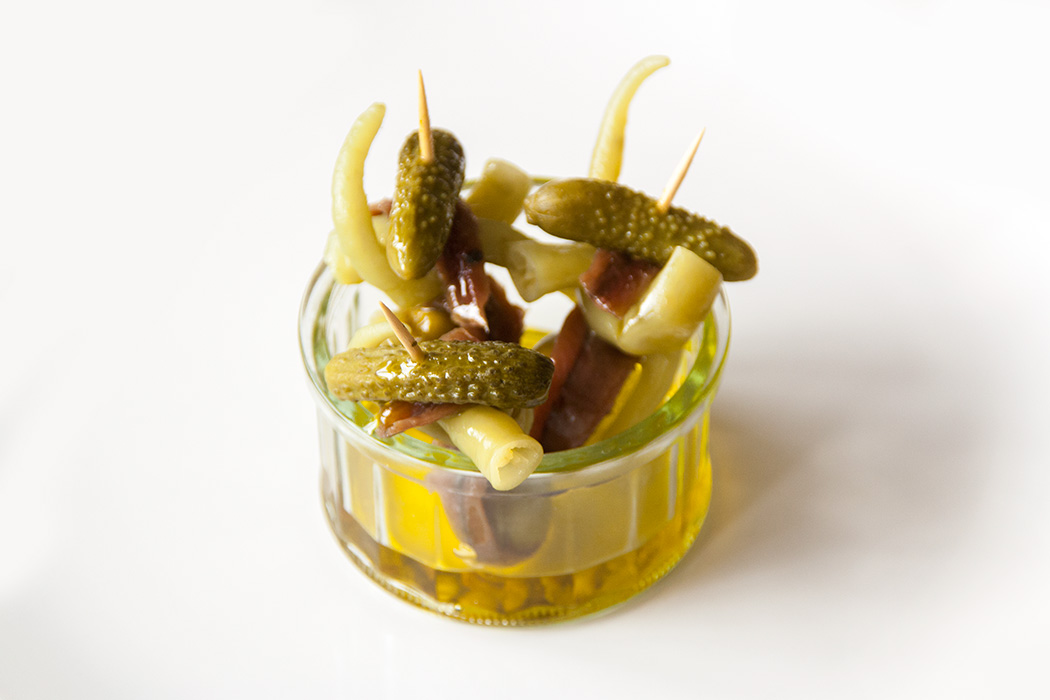 Leeks are great. But you already know that. What you might not know is how great they are when you caramelize them and serve…