These spiky extraterrestrial-looking animals are a real gift from the oceans, a hidden gem for all those oyster and seafood lovers out there. If you are familiar with them, you will love this recipe. If you aren’t, say hola to our Galician sea urchins gratin!

Look at them. Sea urchins look like the sort of deathly ninja weapon that Chuck Norris would choose to treat their enemies. Definitely that rather than something you might call a ‘seafood delicatessen’. But now, is that really what you think? If that’s the case then I’m telling you. Don’t let the sea urchins mess up with your perception skills. Because what you’ve got in front of your eyes is nothing less than a precious treasure from the oceans!

So let’s start cooking them! Is there anything you should know about sea urchins before you start the recipe? Not strictly, although you might be interested in knowing that the best sea urchins are found in January and February, when the sea waters are at their coolest temperature. Also interesting to know is that the females are substantially better tasting than the males. Unfortunately it’s almost impossible to discern one from each other unless you crack them open, point at which you’ll realize than the female corals are way more orange than the paler version from the males.

Oh, and you don’t actually need to cook sea urchins to eat them. In fact eating them raw is probably eating them at their best. Perhaps ideal with a few drops of lemon, just like you would eat an oyster. And hey, if you like oysters, then I can promise that you will love sea urchins. 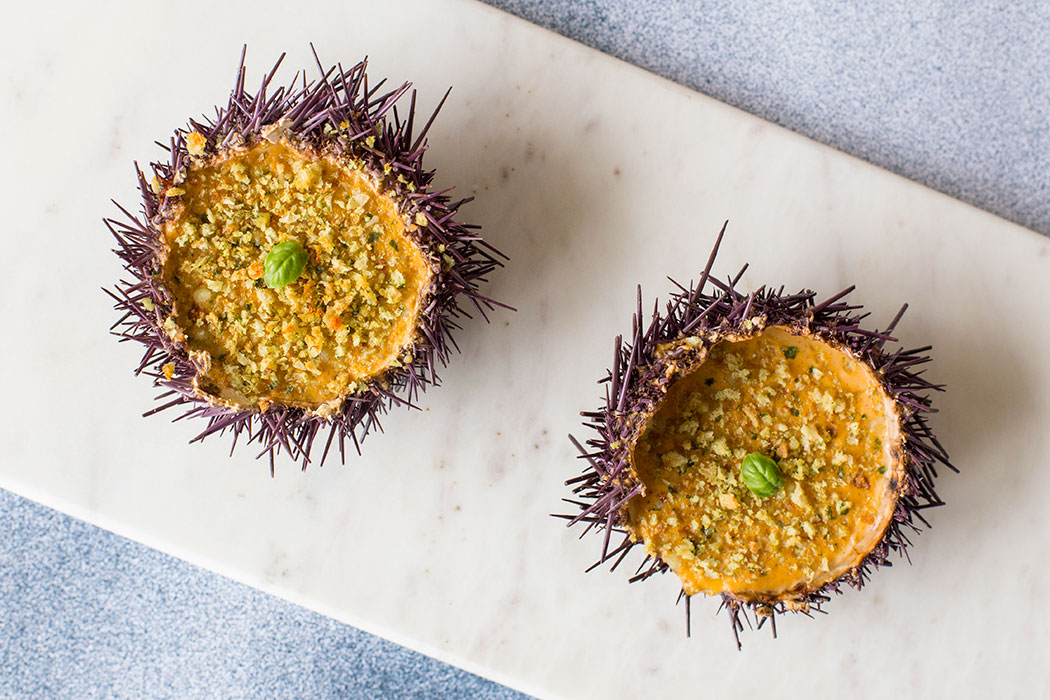 I love escabeches. I really do. Not only they’re quick and easy to cook. I also find them delicious. And since they keep perfectly well in the fridge for days, they are a terrific choice when planning your weekly tupperware menu.