Discover this succulent old chicken pepitoria recipe, cooked in a flavoursome almond, egg yolk and saffron sauce to die for.

The pepitoria is a poultry-based recipe that has been a popular part of the Spanish gastronomy for quite a few centuries now. Some claim the French origin of the pepitoria based on some French cookbooks referring to the ‘petit-oie’, which not only it has similar phonetics but it means ‘little-goose’, a bird that was traditionally cooked by the French in almost an identical way to what today we know as a pepitoria. Others though ensure that it was the Moors who introduced the recipe in the Peninsula, which it would also make sense if we look at the recipe ingredients and the way they are cooked, very recognizable in many other traditional Moorish recipes.

Although the recipe as such features in the Granados’ cookbook from the 16th century for the first time, some older recipe books from the 13th century already mention a very similar preparation.

Whatever the case though, the truth is that the pepitoria has been long enough around the Iberian Peninsula to be considered a traditional Spanish recipe on its very own right.

Being one of her favourite recipes, Queen Isabel II used to order hen in pepitoria again and again.

Of course, the situation has dramatically changed in the past decades and nowadays we can find affordable chicken in any high-street supermarket. The advantages of using chicken are not minor… it is much juicier, less fibrous and way quicker to cook. But again, the pepitoria way of cooking meat is not restricted to hen or chicken. It is also delicious with rabbit, hare, quails, partridge or turkey to mention some. 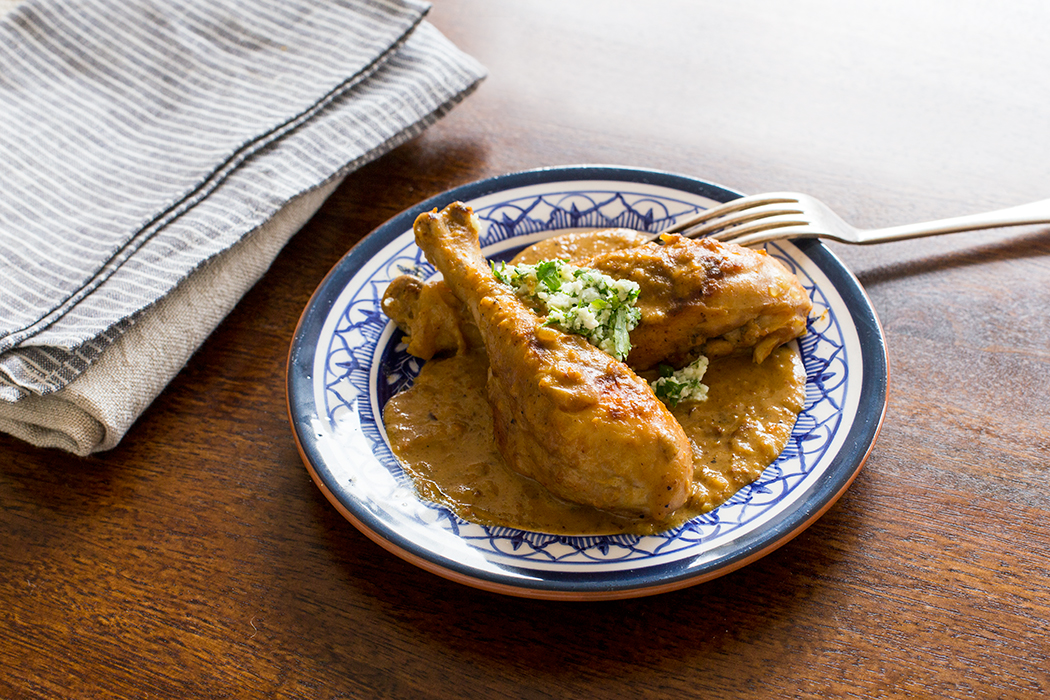 Like most stews, this recipe tastes better if you prepare it the day before, as it gives the flavours the chance to settle down and blend with the other ingredients appropriately.

I love eating pepitoria with fries. For me it’s the best option, although you can also side it with some plain steamed rice or at least a good slice of bread.