It’s early morning in Illa de Arousa when we drive across the bridge towards the ‘continent’ – as the local signs ironically refer to mainland Galicia. The sun is low and the tide is high. The mist still clings to the rocks, creating a strangely calm and somehow pleasant sense of mystery. We slow down and stay silent. The scenario is sublime.

We are in Galicia, land of fables and fantasy, of legends and myths. This is also the home of ‘meigas’, those local witches omnipresent in the traditional popular culture of this region. Whether true or not, it’s difficult to not believe in some sort of magic when as we continue driving up and down the coastal hills, everything around us looks enchanted.

But it’s when we turn around the next corner that we see them in front of us, perfectly lined up in their way down to the sea water. More of a fine gardening job than regular agriculture. There they are… the Albariño vineyards in all their glory. 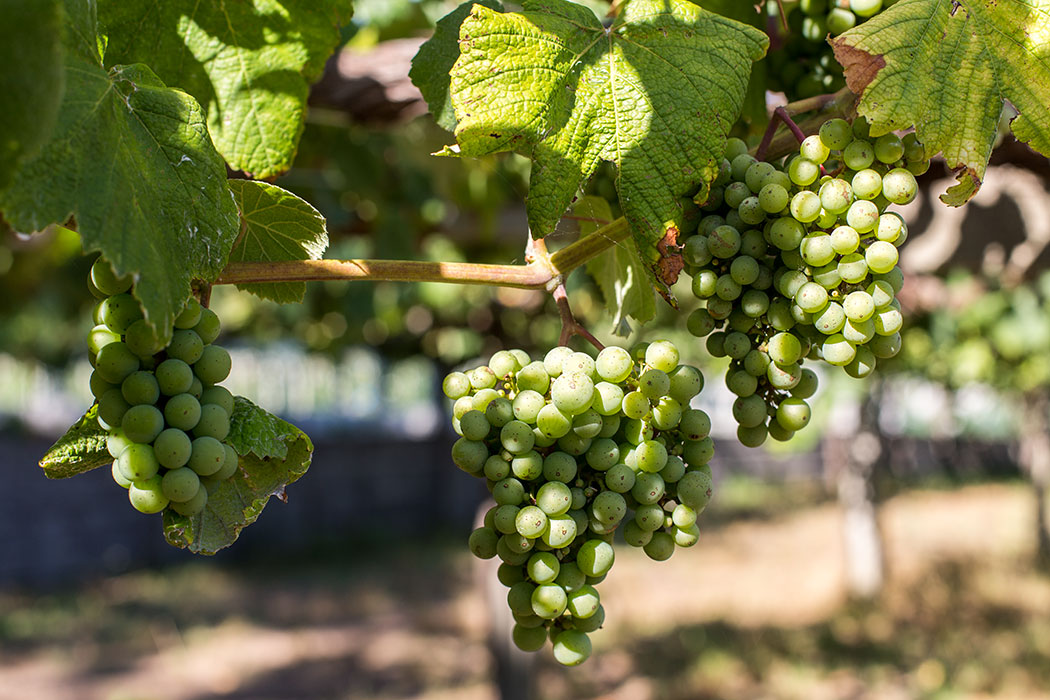 The Albariño is a variety of white grape that has a small size, thick skin and an intense aroma with strong notes of apricot and peach. It has been compared to other grape varieties such as the Gewurztraminer, Viognier, and Petit Manseng. It’s original from the Spanish region of Galicia and it grows in the area known as the Rias Baixas, in and around the stunning town of Cambados. 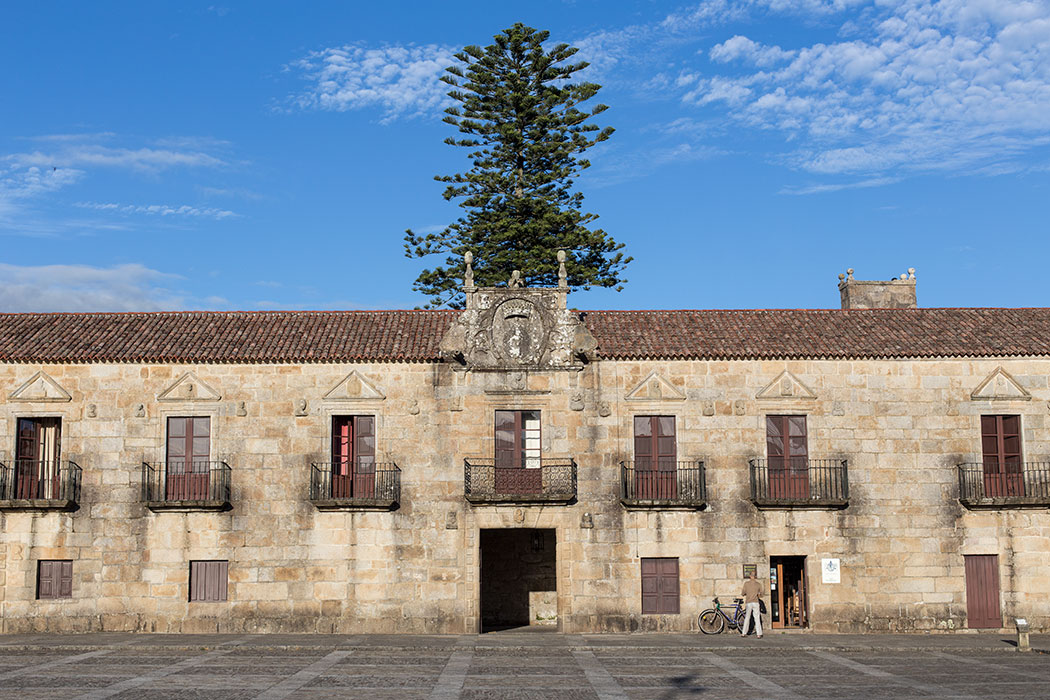 The legend says it that it was the Cluny monks who brought it here as early as the 12th century. These monks, in their role as carers of the St. James’ way would have carried their favourite grapes all the way from the French Bourgogne. They named their new wine as ‘Alba-Riño’, meaning ‘the white [wine] from the Rhine’ which would explain why many wine experts still associate the Albariño grape with a variety of the Riesling.

The truth is that this is just a legend. Most recent researches ensure that the Albariño is an autochthon grape variety from Galicia. Whatever the right version of the truth is, these grapes have been living here for many centuries. Plus I like how a bit of legend fits so well with the culture and the environment of these old vineyards. 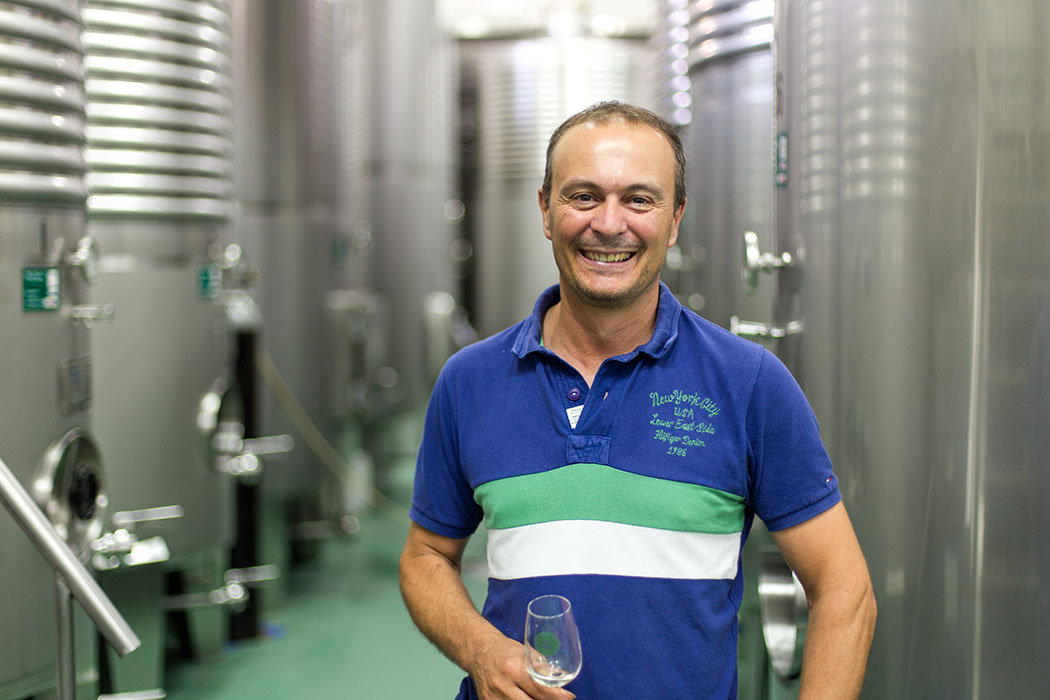 We’ve come here to meet Enrique Piñeiro, owner of the Gran Vinum Albariño wineries and responsible for one of the most awarded Albariño wines in recent years. For someone like us, who want to learn about this fantastic white wine, he is our ideal casting.

Ahead of his time, Enrique had enough commercial vision to predict that the Albariño would become an international hit amongst wine lovers from all over the world. “Historically, all the Albariño wineries have been focusing on the Spanish national market, with all the production being sold within the country. But in our case, we decided to focus entirely on the international markets”, he says. As with most pioneers, many were sceptical. “Back then, the wine was selling so well in Spain that many thought I was mad not to take advantage”. But then the financial recession hit strong “and the same people who had questioned my move, had to follow my same steps now”. Of course, every cloud has a silver lining and perhaps thanks to the economic crisis, the Albariño is exported today all around the world, with an international market that keeps showing strong growth.

“The Albariño is a very special wine due to several reasons. First of all, we have very old vineyards, some of them being hundreds of years old. This already impregnates the wine with a unique character that differentiates it from others”, he says. “There is also the Galician climate. We have clearly differentiated seasons with frequent heavy rains most of the year and smooth temperatures that are a natural bless for the correct development of our grapes”.

Finally, there is also something that we have been noticing when driving around… “The vineyards here are planted in very small plots of land. Most of them were originally planned for self-consumption and they’re only big enough to satisfy a family or a small group of people. The reduced size of the vineyards means that they’re normally exceptionally well looked after, with many farmers doing most of the work by hand. That’s why the first comment from many visitors is how much the vineyards look like gardens”. He continues – “Because of the nature of these plots, most independent wineries work with a large number of small producers. In our case we stay very loyal to them and in exchange we benefit from all the care and love that they invest in their work. This particularity help developing a strong sense of social community around the production of this wine, which in my opinion, is one of the most wonderful aspects of my job”.

The Albariño – Enrique says – “it’s a wine that goes extremely well with seafood”. He is right on the money… few wines are so wonderful to be paired with some fresh ‘nécoras’ (crabs), ‘percebes’ (barnacles) or the world-famous local speciality ‘pulpo a la gallega’ (Galician octopuss). Not only that, Albariño wine is a great choice to be enjoyed with most fish and vegetables, and we even like it with some rice and poultry recipes too.
We leave Enrique after having tasted his delicious wines. Luckily for us, we won’t be missing them back in London, as Enrique is responsible for bottling the Albariño wine that Sainsbury’s sells under his ‘Taste the difference’ brand. Good to know. Now, let’s continue our trip to Cambados, where we’ll be able to enjoy some fantastic food and drink some more Albariño wine. 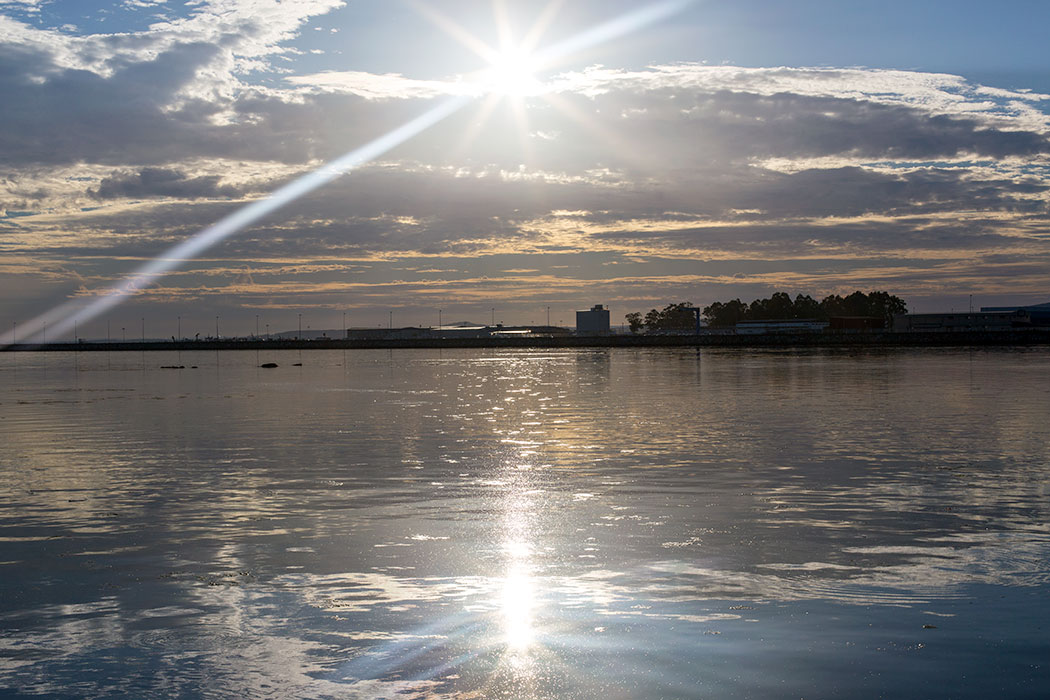 Lanzarote is the most northeastern of the Canary Islands. A dream paradise for surfers and a hidden treasure of unique and exotic landscapes and…