We travel south to meet Ángel León – the ‘Chef of the Sea’. From his restaurant ‘Aponiente’ we chat about his sea-inspired cuisine, the importance of a good ‘sailing crew’ and the necessity of fighting prejudices in order to push creativity and innovation.

‘Spanish National Gastronomy Award’, ‘Golden Andalusian Medal’, two Michelin stars and TV presenter of TopChef Spain. With such an impressive curriculum, it’s hard to believe that in only eight years, chef Ángel León has gone from opening a tiny hidden restaurant in a small seaside town to become popularly acclaimed as the absolute ‘Chef of the Sea’.

No coincidence here. This is a man whose life has always been linked to the sea. A man who has turned his innovative vision into his personal mission. Someone who’s been able to reopen the debate on sustainable fishing and how we humans make use of our oceans. At the same time he’s contributed to our gastronomy with plenty of surprising flavours, innovative techniques and even new ingredients never eaten before.

Today, his signature blue eyes and Andalusian accent are a frequent sight in both Spanish TV programs and gastronomy events all over the country. But this rampant success hasn’t always been there. We still remember – not so long ago – that portrait photography where he appeared with his face painted with plankton, in what it looked like a special forces soldier ready for the final battle. A full-on statement that screamed about his ongoing struggle to gain some more understanding and appreciation for his visionary proposition.

Ángel’s real adventure begins in 2007. After a nomadic life working in several restaurants both sides of the Pyrenees and both coasts of the Atlantic, this chef from Jerez decides to open his own little place. Those who already knew about his intentions were surprised by the brave choice of location… El Puerto de Santa Maria, a small fishermen town in the Andalusian province of Cádiz, near his hometown Jerez. “Occasionally I thought – and I still do sometimes – that the move was too risky. The beginnings were tough, specially when you work with a business concept such as mine. But I was convinced that El Puerto de Santa María was the place I wanted to be and that my vision was exactly what I wanted to do”.

As he himself admits, the beginnings were complicated, with a local public who wasn’t yet ready for his innovative menu, based 100% on products sourced from the sea. “There was a time when we were swimming upstream because our public didn’t understand our vision. However, things have evolved overtime and now our customers visit Aponiente knowing what to expect”.

What you might not expect as you first step into Aponiente is the tiny scale of the small glazed kitchen. Such a small space for such a great output! In fact, everything is small and cosy in Aponiente… the space, the kitchen, the dining-room… everything. The interior design is minimalist and the walls hardly display a set of metallic fish sculptures and several sailor knots. The ‘crew’ – that’s how the ‘Chef of the Sea’ refers to his team – offers you a warm welcome and quickly hands in a ‘sailing chart’ that happens to be the menu, with Ángel turned into a cartoon who’s riding a fish whilst swimming all around the world. 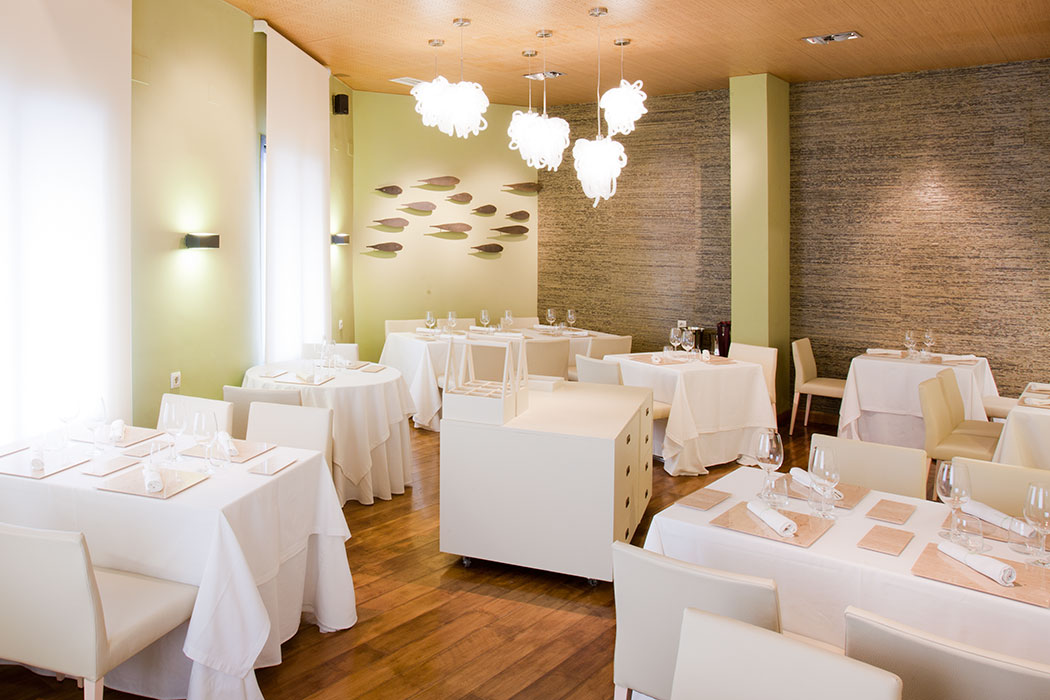 There are two available menus: the Great Menu and the Selection Menu, both a long list of fish, seafood and seaweeds in where the type of elaboration is not specified. It’s all about trust and surprise here.

Ángel himself approaches to the table to recommend what to choose and take the orders. Of course, there is something really special that we’re looking forward to taste.

Ángel’s obsession with the sea took him, years ago, to investigate the nutritional properties of plankton. After extensive research he began to farm it with the clear objective of turning it into an edible ingredient that he could offer on his restaurant menu.

Today, the edible plankton is a reality. It has been officially included as a new edible ingredient for human beings and the ‘Chef of the Sea’ uses it as a key ingredient in his cooking. When asked about it, he still can’t help but feeling proud: “I’ve always wanted to extract the maximum expression from the sea and the plankton is exactly that. To take something that important from the oceans – together with the team from Fitoplancton Marino – and turn it into another cooking ingredient has been one of my greatest achievements and perhaps the one I feel most proud about.”

Ángel shows his pride by visiting each table personally and inviting each customer to taste some drops of this delicatessen. “My presence in the dining room is not fundamental but still, the clients love to see me around. And I love to see their first impressions when they try my food and their reaction when they first taste the plankton” 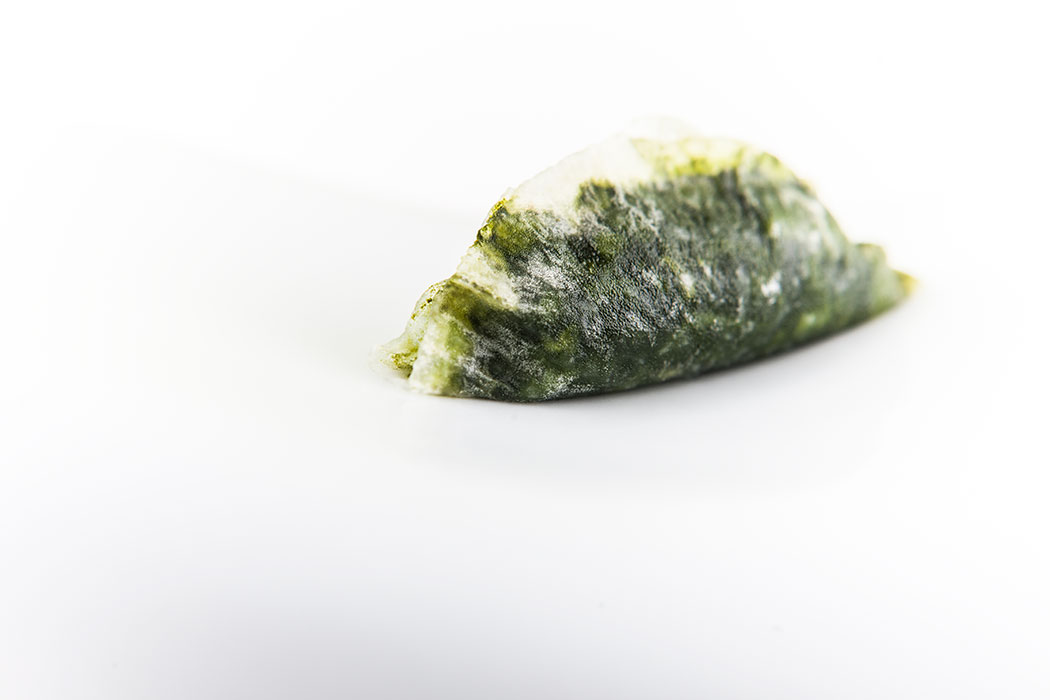 Perhaps the plankton is the star of the menu, but there are other ingredients too that we’ve never tasted before. There is a reason for that. Aponiente is well known for serving fish discards that haven’t been traditionally appreciated by the markets. Without much commercial value, these are not usually sold in our supermarkets or even specialized fishmongers. However, this doesn’t mean these fish are not delicious. Quite the opposite, the menu offers some really delicate discards that have nothing to envy to some of the more expensive alternatives.

“Using fish discards is a great challenge for any chef and one I like to lead and support. Diversifying the species we fish also contributes towards a better and more sustainable sealife, and although this is difficult to achieve at a larger scale due to the number of components we’d have to coordinate, at least I can carry on doing everything that is in my hand”.

All the dishes keep arriving to the table along the timely presence of Juan Ruiz Henestrosa, Aponiente’s sommelier. Here is a man in love with his sherry. Someone who wisely pairs those sherries with each one of the menu items. Ángel León is clear about the role that both Juan and the rest of the team play in the business “The crew has been – and still is – fundamental. A fishing boat without a crew is useless. We are a team of young people who’re investing a lot and who believe in this project. And we’re giving everything we’ve got, every single day.” 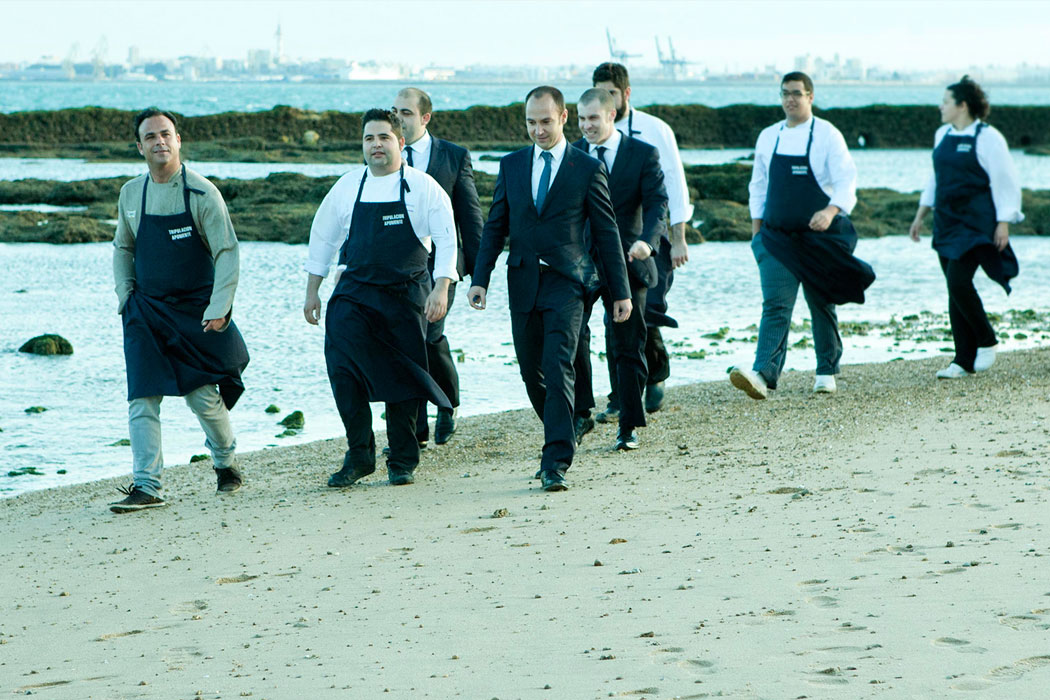 Being part of the Aponiente ‘crew’ also implies participating in exhaustive research projects. Such as the one that came up with the Clarimax; a new device that eliminates up to 94% of the fat contained in stocks, thanks to an innovative filter made of seaweed. An invention that put Ángel and his team in the map, specially amongst other colleagues, who showed a sudden interest on this new talent working from a small town in the Cádiz province. Or the famous fish-based sausages, which despite totally looking like pork ‘embutidos’ they are made of another discarded fish. 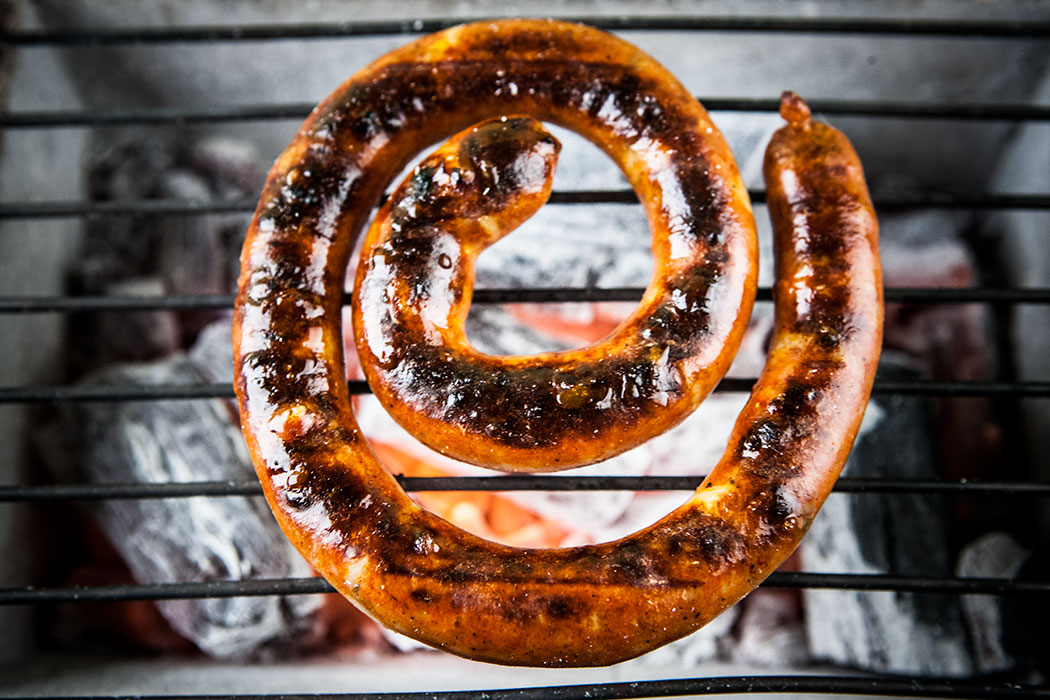 Lots has been said about the research projects that the chef and his team run in collaboration with the University of Cádiz. But now that Aponiente is about to move into a nearby new location – a tidemill located in the natural park of the Bay of Cádiz – it won’t only serve more customers but it’ll benefit too from a much bigger space where to continue developing new research projects. Everything related with the food and the sea, as you would expect, of course,  from the ‘Chef of the Sea’. “I owe everything to the sea. To extract its maximum potential is an obsession of mine, whether is to find new flavours, fats or sugars”. 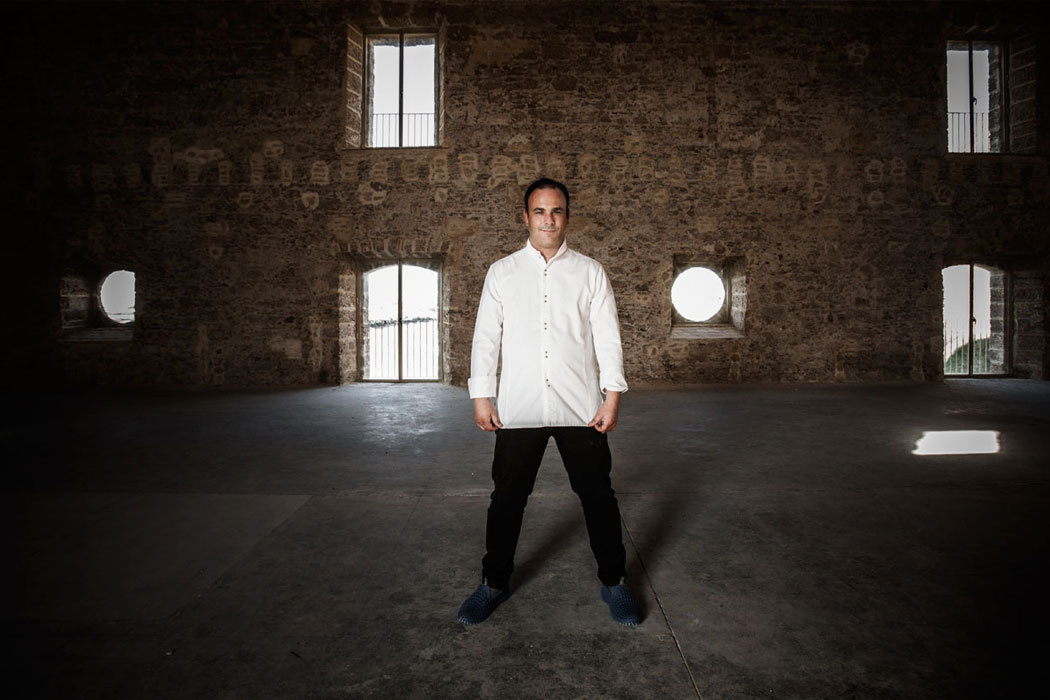 Zaragoza is my hometown. Come with me, explore it like a local and enjoy some of the many wonderful tapas bars and restaurants. Learn what to eat and where to eat it and visit some of the best local markets and food delis.